Step onto an island and you step into a whole new experience.

West Cork’s offshore Islands are unique. Very different to one another, and a world away from the mainland, each of these little microcosms of culture and heritage has its own special story to share, its own inimitable vibe. They are a remarkable glimpse into Irish culture and heritage.

A visit to one or more of these West Cork islands is bound to be a highlight of your West Cork adventure.

Ferries over to the islands can be found at Baltimore, Schull, Castletownbere and Bantry. The one island without a ferry service is Dursey, instead take Ireland’s only cable car from the Beara Peninsula across to the island.

There are a number of islands around the West Cork coast in proximity to Celtic Ross Hotel. Therse islands range in distances from the hotel which are great options for day trips. Whichever island you decide to visit, you can be guaranteed a beautifully scenic drive along the way to the coast before a short ferry or boat across before you start exploring the great islands of West Cork.

Cape Clear is Ireland’s southernmost inhabited Gaeltacht island and is a 45min boat trip from Baltimore or Schull. To the northwest stretches Mizen Head, the mainland’s most southerly point. Cape Clear’s wild romantic scenery, its sparkling harbours, its cliffs, bogs and lake, all contribute to the island’s unspoilt charm. To avail of a special discount code with Cape Clear Ferries use CELTICROSSHOTEL when booking online tickets and enjoy 10% off. For more details on the Island click here

Sherkin island off the coast of West Cork is just three miles long, one mile wide and has a unique beauty and variety of landscape, which is both tranquil and breath-taking. You can choose from Sherkin’s sandy beaches – Trabawn, Cow Strand or the largest, Silver Strand. All are safe for bathing and ideal for children. Alternatively, take a stroll along quiet leafy lanes or explore the old lighthouse and the ruined Franciscan Abbey by the pier. Ferry runs daily from Baltimore.

Inis Fada, as it is known in Irish, gets its name from its shape. This is a low-lying island stretching almost 5km in length, but barely a kilometre wide. A surfaced road services about half the length of the island, with rough, unkempt routes extending to the Beacon lighthouse and an old copper mine in the east and to the cliffs at the west. Both seem to draw the visitor further away from modern life. Just five minutes by boat from the West Cork shore, Pleasant walks, shingle beaches, and abundant wildlife combine with beautiful south-western scenery here to create a real offshore treat.

Heir Island, an unspoilt oasis, also known as Hare Island is situated off the western edge of Europe. It’s the kind of place where caves and creeks are best explored by sea kayak. Island cottages date back to the 1920s, with newer houses built on the same design, giving a genuine feel of a retreat, a sanctuary, and a place to book some much-needed time out. It is the last place you’d expect to find gourmet food but the island’s cookery school is a real hidden gem. Food lovers come from far and wide to hone their culinary skills over the course of a weekend, and guests dine together in the evening. Walkers, bird-watchers and boaters are also in their element here – enjoying an afternoon whilst keeping an eye out for otters, seals, dolphin, whales, and even the occasional basking shark.

Located in the sheltered harbour of Glengarriff in Bantry Bay, Ilnacullin is a small island of 37 acres known to horticulturists and lovers of trees and shrubs all around the world as an island garden of rare beauty. Ilnacullin is renowned for its richness of plant form and colour, changing continuously with the seasons. Because of its sheltered situation and the warming oceanic influence of the Gulf Stream the climate is in some respect almost subtropical and is favourable to the growth of ornamental plants from many parts of the world. It is open from March to October, entry fee applies. A ferry runs daily from Glengarriff and includes a visit to the seals often found swimming or resting on the rocks.

Dursey Island lies at the southwestern tip of the Beara Peninsula. The island is separated from the mainland by a narrow stretch of water called Dursey Sound. This peaceful island is connected to the mainland by Ireland’s only cable car. It is also the only cable car which goes over seawater in Europe spanning the Dursey Sound. The cable car which runs about 250m above the sea, takes six people or one-two large animals at a time! The island is part of the Beara Way walking trail and having no shops, pubs or restaurants offers the day visitor a unique experience of calm with spectacular views of the Beara peninsula and perfect for whale and dolphin watching. It is also a bird watcher’s paradise with rare birds from Siberia and America being spotted there. The cable car runs daily from the Beara Peninsula.

Bere Island lies at the entrance to the magnificent Bantry Bay and guards the deepwater harbour of Berehaven, in West Cork. The island is just 2kms offshore from the town of Castletownbere, the largest white fishing port in Ireland. The Slieve Miskish and Caha Mountain ranges of the Beara Peninsula tower over the island providing a dramatic backdrop. The island is rich in archaeological sites dating from the Bronze Age through to medieval times, including ring forts, standing stones, wedge tombs and burial sites. Ferry runs daily from Castletownbere.

Truly an island paradise – Whiddy is a small haven of peace and tranquillity nestled in the sheltered heart of Bantry Bay off the coast of West Cork. Its inhabitants, mostly devoted to fishing and farming, are warm natured people who welcome both day-trippers and holidaymakers alike. Ferry runs daily from Bantry Pier. 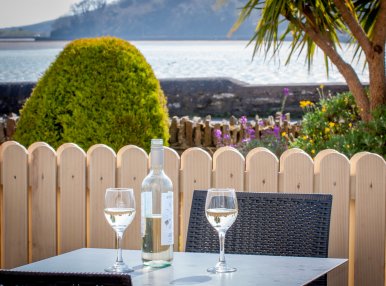 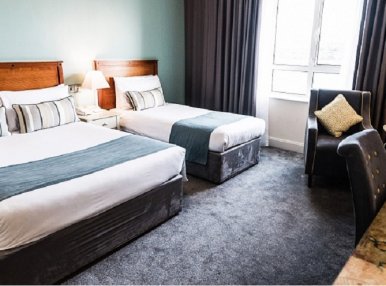